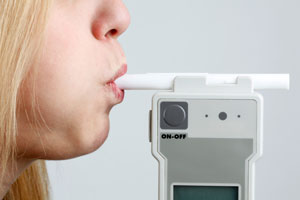 Your speech and other clues are used by the police every day to suspect you of DUI and justify your arrest. The Fifth Amendment to the United States Constitution provides that you have the absolute right to remain silent and not incriminate yourself during your arrest and booking process. This right applies to everyone accused of any crime in Arizona, and it is true even if you are an alien or an illegal alien. Once the arresting officer has read you your Miranda warnings, this silence on your part cannot be used against you in court. This means that the officer cannot testify in court that you refused to answer his or her questions. You need to tell the officer(s) clearly and unambiguously that you have made the choice to remain silent.

However, this does NOT mean that you shouldn’t be appropriately polite with the law enforcement officers, using such terms as “please,” and thank you.” Beyond providing the police identification information such as your name, address and showing them your driver’s license, you do NOT have to answer any questions relating to when, where, how much, and even whether you had been drinking, or why you were arrested.

What are “Police Rights” versus “My Rights?”

If your stop was based on the officer’s “reasonable suspicion”, the police officer has the right to expect you to identify yourself, and to have you produce your driver’s license. Police officers receive training, including mock or rehearsed trial practice, during which they must recite sufficient information to support their decision to arrest a suspect. This type of training has led to many police officers spouting off a litany of these “common” symptoms of apparent intoxication, whether the officer actually saw those symptoms or not. By doing so, the officer can help the prosecutor survive a pre-trial motion to suppress evidence gathered by the police following the arrest decision, due to lack of clear evidence of impairment prior to the arrest.

WHAT TO DO IF PULLED OVER?

Remember to REMAIN CALM and ALWAYS BE COOPERATIVE!!!
Yes, seeing those flashing red and blue lights behind you is unexpected and terrifying. However, try your very best to remain calm if this happens. When an officer approaches your vehicle’s window, after asking for your license and possibly other documents, a question from the officer will usually start off the encounter.

“Sir, do you know how fast you were going?” or “Is there some reason that you were not able to stay in your lane back there?” or “Miss, I clocked you with my laser going 76 in a 45 miles per hour zone. Are you on your way to an emergency or something?”

Remember what the officer is ACTUALLY getting at with these questions!

Here’s what most people don’t know. The content of your answer is relatively unimportant to the officer. The manner of speech is what is being observed.

Unfortunately, even officers with extensive training can be misled by what they hear. A large number of officers believe they can predict how much alcohol you have in your system through listening to your speech patterns. Engaging in lengthy excuses does nothing to improve the chances that you will be allowed to leave the scene, if the smell of alcohol or of contraband drugs is present.

If the officer smells or suspects that he or she smells anything that might impair you, the next step is usually to ask you to step out of the vehicle. Each part of this “exiting of the vehicle” maneuver will be noted by the officer in detail later, from how quickly you exit, whether you use the side or frame of the car to assist your exit, whether you fumble with items in your hands, such as keys or wallet, whether you drop anything, how you balance yourself or possibly sway, once you get out, etc. In other words, the officer is observing anything and everything that could possibly prove your impairment.
If the person is crying, belligerent, pleading to be let go or engaging in similar behavior that might possibly be associated with an impaired individual, the officer will note that in the report that he or she fills out later.

While being polite and cooperative, you CAN ask for your lawyer

Although almost no one does this, you might be better off not immediately stepping out of the vehicle. If you politely ask the officer, “May I ask why I need to get out of the car?” he or she will probably advise you that impairment is suspected. If so, tell the officer that you would like to call an attorney to determine his or her advice about what to do.

The officer will not usually allow this to be done and will insist that you need to step out. If you are “assisted” in exiting your vehicle by the officer opening your door or touching your arm, then custody has likely occurred. This is an important distinction, as it triggers additional legal protections for you.

Remember, DO NOT PHYSICALLY RESIST THE OFFICER, but verbally try to decline getting out of your vehicle.

****Other important things to consider during a DUI investigation****

Traffic violations are the most common reason that a person is stopped by the police. Your DUI lawyer will evaluate the circumstances of your traffic stop. The evidence may show that you were detained illegally, and justify the exclusion of the prosecutor’s evidence.

The Fourth Amendment to the United States Constitution sets forth that no person shall be subject to an “unreasonable search and seizure.” When you are pulled over, or otherwise stopped by an Arizona police officer, this is considered a “seizure” of you, the person. If the police did not have a valid reason for stopping you, then they will not be allowed to use any of the evidence they obtained against you. This prohibition against illegally obtained evidence is designed to protect your rights as an individual against the government. It has the effect of forcing the police to obey the Constitution, or else they will not be able to make a case against you. When the police have illegally stopped you, a skilled Tempe DUI attorney will be able to suppress the prosecutor’s evidence against you.

The officer that stops you for DUI must have “probable cause” to do so. This means that the officer must be able to make a good-faith assertion that you have done, or are about to do, something that is against the law. This can be something minor, such as you did not use your turn signal. It could be something more serious, such as you are considered a suspect in a bank robbery. Whatever the reason, the police must be able to explain to a judge what facts led them to conclude that you probably did (or will) commit a crime.

REMEMBERING YOUR RIGHTS CAN GO A LONG WAY IN HELPING WIN YOUR CASE!

Because accidents that involve alcohol are the biggest killers on American roads, laws pertaining to DUI in places such as Tempe, Arizona, are increasingly becoming more stringent to attempt to stop this problem. Law enforcement officials are aggressive when searching for, pulling over, and arresting people for DUI.

Knowing your rights is extremely important. At Alcock and Associates, our experienced Tempe DUI lawyers know just how to deal with all aspects of DUI laws and penalties. Remember that all counties, cities and states are facing a budget crisis, and this has only increased the chances for police to issue possibly undeserving tickets of all sizes and scope, especially when DUI may be involved.
Refusing Field Sobriety Tests – Your Right to Refuse

Before DUI charges are pressed against you, it is mandatory for the reporting officer to ascertain that the driver behind the wheel indeed is intoxicated. As part of law enforcement’s criminal investigation to determine whether you’re DUI, various field sobriety tests are conducted once the suspect is pulled over.

Under Arizona DUI law, you may politely refuse to undergo any of the sobriety tests if you have been pulled over under suspicion of driving under the influence. It is also not mandatory for the officer but he could inform you that you may refuse the test. However, no law enforcement officer exercises this option. The majority of the time the ignorance of the unsuspecting victim plays against them. If you know that you are not under the influence of alcohol or any other banned substance, you can refuse to give in the preliminary breath test or any other sobriety test.
Once you are arrested, however, the situation changes. NOW, if you refuse any blood, breath or urine tests, you are violating Arizona’s implied consent laws and will face losing your driver’s license for 6 months to a year or more, so it is advisable to take any tests asked of you after you’ve been arrested.

A suspect is well within their legal rights (called Miranda rights) to remain silent irrespective of the crime committed, and a DUI arrest is no different. As it happens, most unsuspecting people try to talk themselves out of the situation by asking the arresting officer to let them go or offering too much incriminating information. Don’t talk too much, especially if you are pleading with the arresting officer to let you go. This only makes the case of the state against you stronger. If you’re the subject of a criminal investigation (i.e. you’ve been pulled over and you’re being asked to do field sobriety or breath tests, or being questioned whether you’ve had anything to drink), under no circumstances should you volunteer any information.

Right to Legal Representation by an Attorney

Once an arrest is made, you are entitled to speak with an attorney and have the chance to hire them to defend you and represent you, but you may have to exercise your right and ask to speak to one.
A DUI is a serious offense not only in Tempe, Arizona, but all across the country. The repercussions are many. Once convicted, your license may be suspended for a fixed period or permanently, you will have to spend time behind bars and be forced to spend hours doing long stretches of community service, a penalty may be imposed and you may also be asked to pay for the jail time. The worst case scenario, your employer may fire you and you might even become illegible to apply for certain jobs, especially as a commercial driver, working in the military, or dealing with children.

Considering all these factors, the moment you are detained, exercise your right to speak to a lawyer. Our Tempe DUI attorneys will effectively ensure that no false charges are pressed against you and you receive a fair trial in the courts if that becomes the case.